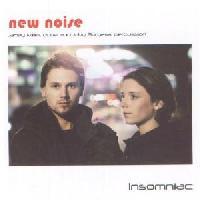 'You won't find much aural wallpaper on Insomniac, the debut release, on their own label, of new noise, a fashionably lower-case oboe and percussion duo formed in 1999.
The two musicians - Janey Miller and Joby Burgess - attack such scores with an almost frightening vigour and skill. Sour, piercing notes sail out of Miller in breaths that never end; the Devil would appreciate Burgess's dexterity with drums, gongs, djembes, cymbals, whip and the rest of a large arsenal.'
'... these players have hot talent and guts. I look forward to more from new noise...' The Times, Geoff Brown July 2003

'In Janey Miller, new noise has a player of huge versatility, and clearly an enormous understanding and enthusiasim for contemporary music. By collaborating with percussion, the doors are immediately opened on a veritable Aladdin's Cave of colours and textures, employed to the full by budding virtuoso Joby Burgess.'

'...performed with synchromesh confidence...a must for collectors of both stimulating playing and fascinating novelties.'Clive Fairbairn, Double Reed News, Winter 2003 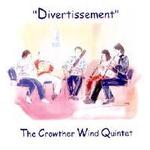 A Reed in the Wind

An essential piece for the contemporary oboe repertoire, by Julia Usher

This is a gentle, lyrical piece, featuring a melodic oboe line against a semiquaver texture in the harp. Its main emphasis is on beauty of sound, creating a still, untroubled sound-world. 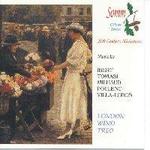 Questions from customers about Insomniac

What do you want to know about Insomniac?