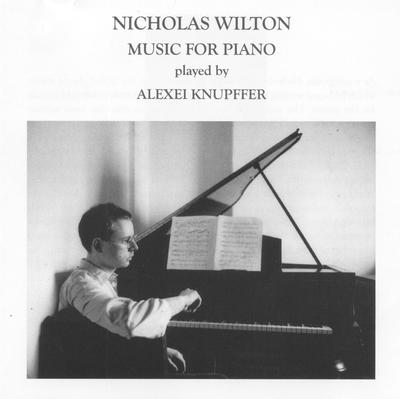 As a composer, Nicholas Wilton is best known for his sacred choral music which he began writing in the late 1980s, having previously composed mainly for the piano.

As with his sacred choral music, these pieces show the influences of composers whom he most admired at the time; principally Chopin, but also Scarlatti, Strauss, Mozart, Beethoven, Shostakovitch and Liszt.

Whilst these pieces are very much his own, he was never shy of paying tribute to the masters from whom he had learned his craft.

Following a concert in London of Alexei Knupffer playing mainly his own compositions for piano, Nicholas Wilton asked him if he might be prepared to record these pieces.

This is the result: a delightful recording of piano miniatures to entertain, charm and delight.

Questions from customers about Music for Piano (Album)

What do you want to know about Music for Piano (Album)?