See a page from STRING QUARTET no 4 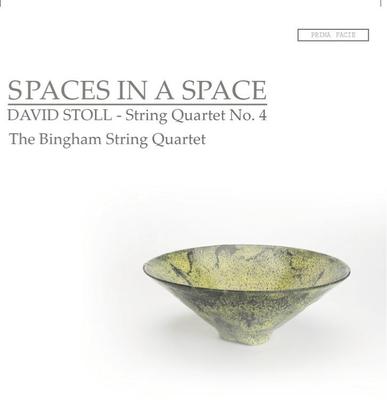 This comment stayed with me, and when I embarked upon writing my fourth String Quartet I decided to take up the idea. At first I thought to write an ambient piece for an exhibition space, accompanying the experience of viewing the pots, as it were. But gradually more formal musical considerations seemed necessary as I wanted the piece to stand as a concert work in its own right.

From then on I became interested - as so often in my chamber music writing - in combining the purely musical and the programmatic in a way honest to both. I started to reflect on the overall story of the ceramics and decided on a structure which begins with the clay on the wheel (Movement I) follows through the firing in the kiln (Movement II) and only then explores the exhibition of the finished pots (Movement III).

The Quartet was commissioned by the Bingham String Quartet with funding from the Performing Right Society Foundation, the Ralph Vaughan Williams Trust and the Britten-Pears Foundation. Further support for the premiere by the BSQ at the Leytonstone Festival on 13 July 2005 was given by the Waltham Forest Arts Council and a related education project was supported by the Sheena Booth Music Trust.

Questions from customers about STRING QUARTET no 4

Items related to STRING QUARTET no 4

What do you want to know about STRING QUARTET no 4?