This Church by Michael Finnissy 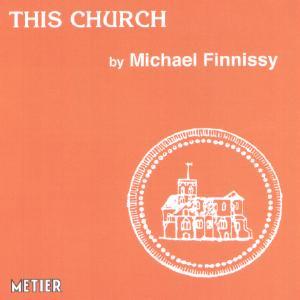 "This Church was written (2001-3) to celebrate the 900th anniversary of Saint Mary de Haura (New Shoreham), a town-centre church on the coast of Sussex. The church, not merely the building but the evolving community around it, is - I think - typical of countless others across the whole of England. Its story, although specific, seems also to exemplify the history of Christianity in this country from Norman times to the present..." Michael Finnissy

THE WIRE, TOP CDs OF 2003 - Philip Clark
"A year when CDs dropped through the letterbox in ear increasing numbers, therefore the courage of Finnissy's This Church in challenging preconceived notions of new music stood out like a beacon..."

SHROPSHIRE STAR - Andy Richardson "Too little attention is cast upon contemporary music. But while people thrill to the sound of historic favourites, there are new compositions worthy of note. One such is Finnissy's This Church, a cycle of stirring, beautifully-sung music performed with great skill." ***

Questions from customers about This Church by Michael Finnissy

What do you want to know about This Church by Michael Finnissy?