Sonatina for Clarinet in B flat and Piano 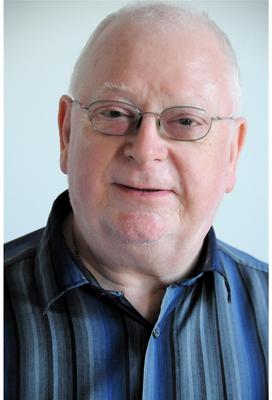 The Clarinet Sonatina, composed in 1994, displays the composer's penchant for jazzy idioms, but is at the same time tinged with a punchy dissonance and piquant wit. It is a work in which he displays his lighter side. The opening movement contrasts a first subject, coloured by snappy dialogues between the instruments, with a more lyrical second subject. Soon the texture broadens into a flowing nocturne, with undulating piano textures and a supple clarinet melody. This central 'development' then gives way to a reprise of the first section, extended to close with the cheeky opening motif.
The slow movement is an eloquent, and ingeniously palindromic, ternary form. The opening section begins with a lyrical melody introduced by the piano and developed by the clarinet over rich, jazzy harmonies. This is followed by a flowing long-breathed central 'nocturne', through which the bass gradually rises, leading back to the repeat of the initial section, but this time its three separate phrases are reversed in sequence.
It is in the finale that the Jazz idiom is most pronounced. Its jaunty syncopated rhythms combine an exploratory, progressive harmony with the bonhomie of traditional jazz. The walking bass, swing rhythms and ornamented melody suggest improvisation on the part of both performers.
It has had a number of performances including at the Wigmore Hall by Emma Johnson and Gordon Back who have also recorded it on a CD now available from this website.

Items related to Sonatina for Clarinet in B flat and Piano

What do you want to know about Sonatina for Clarinet in B flat and Piano?